Put Your Stamp On It

“Oh that’s a cool idea,” thought Angela and Jeff R., as they sipped gin and tonics at a pub in Warwick, England. They were looking at the wallpaper, which was a giant collage of stamps. Warwick is Angela’s hometown, but it was Jeff’s upbringing that came to mind.

Jeff’s father—who had passed away—collected stamps throughout his life. He always hoped they would become worth something, but although they were vintage and beautiful, they never exceeded the value of their postage. Picking them out of plastic bags they keep in the library, Angela and Jeff started using some of them for handwritten correspondence, but it didn’t feel quite right. Jeff’s dad would have liked to see them used “in a more creative way than just sticking them on letters.”

So once they got home to New York, Angela started doing some internet research. She found London hosts multiple stamp art shows per year and one of the marquee exhibits most years is flags, some of which go for as much as 35,000 pounds. Angela thought, “we can sort of do that,” meaning they could make the flags and lose the monetary expectations.

So how did they choose the iconic Union Jack? Angela is from the UK, but Jeff is from the US. They thought, “The American flag is too complicated with all the stars, and other flags are too boring. The Union Jack is good because there’s just enough going on.” Voila.

According to Angela, it can all be done with a CVS trip. You’ll need: some Elmer’s glue, paste-board, a good table to work on, and “a happy couple of hours.” Displaying some patient wisdom all of us could use right now, Angela’s biggest piece of advice is to “just take it stamp by stamp.” 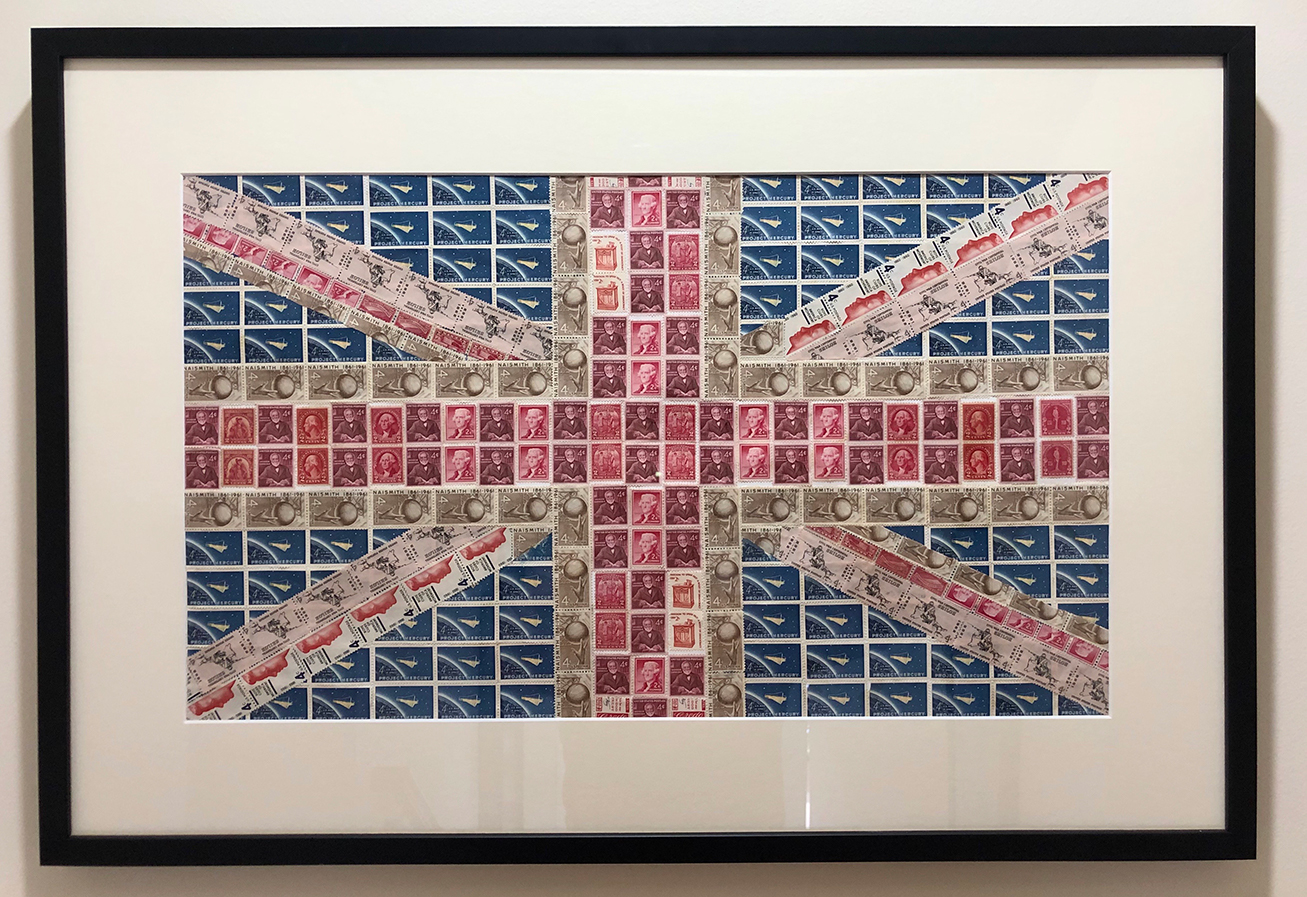 May I Have this Dance?
Driveway Marathon