Every piece we frame has a story. Sometimes it has two. This adorable puppy photo was a gift between sisters, so we thought we'd hear the story behind it from both of them. Meet Valeria (the gift receiver), and her sister, Teresa (the gift giver).

How would you describe your sister?

Teresa: My sister is a positive burst of hilarious energy. She is super detail oriented and very particular- but it's the absolute best because she is so one of a kind.

Valeria: I would describe Teresa as a big-hearted free spirit who embraces everything and everyone. She is ALWAYS one to view the glass half full and sees only the beauty in things. She truly lives every day as positively as possible and will even see the good in not-so-good situations. She is selfless and puts others before herself.

How would your sister describe you?

Teresa: She would say that I'm the nice sister. (But she says it with an eye roll.) She's been saying it forever and it's almost always part of the introduction. "I'm Valeria... and this is Teresa. She's the nice one."

Valeria: Teresa would probably describe me as an incredibly meticulous, OCD person. She likes to move things around my apartment to see how long it takes me to notice. I am incredibly organized, sometimes to a fault! 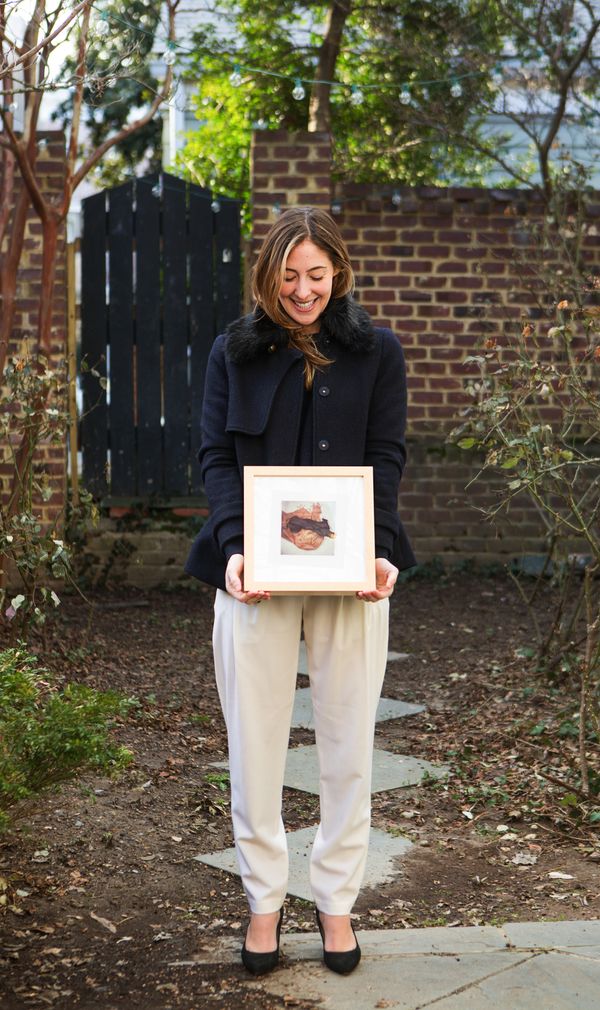 Valeria, what did Teresa frame for you?

What did you think of the gift?

I was extremely surprised to receive it as a gift because it was a photo I had posted on my Instagram years ago. On this particular morning that the photo was taken, I was living in New York at the time and was in the middle of covering fashion week for a magazine I worked at. It was a really busy time and my moments spent with Jackson were precious to me. I tried to wear him out at the dog park early in the morning so he wouldn't miss me as much during the day when I was gone. It seemed to work because when we got back he laid on my bed and wouldn't budge! I felt much better walking out the door knowing he got loads of healthy play time in. 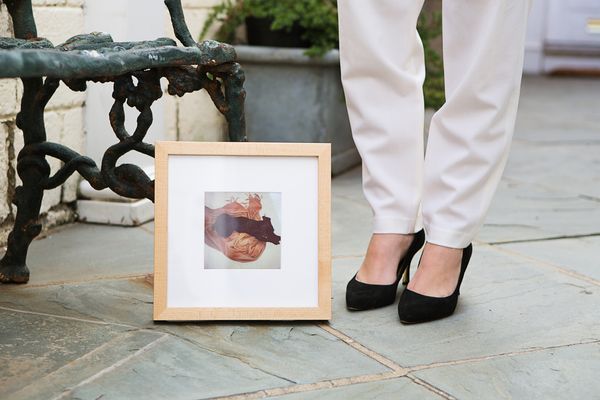 What makes this photo special?

I absolutely love my dog. I got him from a pet store and fell so in love with him that it inspired me to become a volunteer at the Humane Society. Now I will never ever buy a dog from a store, or breeder, again. As much as I love Jackson, there are so many dogs that need a home and now I am a big advocate to adopt, not shop!

Know a photo your sister (or brother) would love?

Thanks, Dad: Six Gifts to Celebrate Him
Katherine frames a family portrait