Gift of a Lifetime 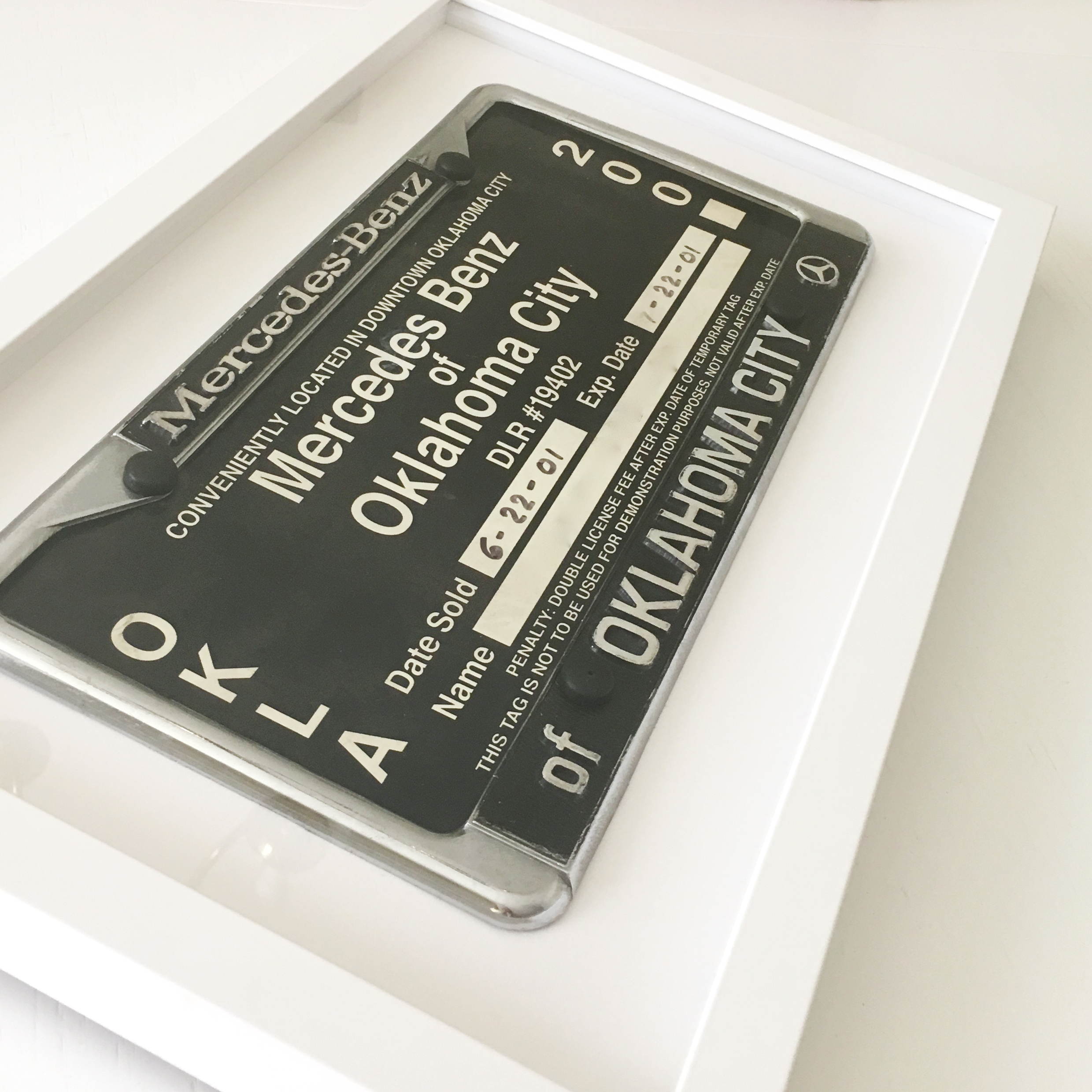 After her husband’s father passed away, Sarayu decided to commemorate his memory in a way that that her husband Jon could see every day, a gift that would recall another gift from years before.

When Jon was 18, his father gave him his first car. "He was very moved by his father's generosity,” Sarayu said. "He knew how special it was and didn't take it for granted. He drove that car for 13 years. He still had it when we first started dating.”

When it came time to say goodbye to the car, Jon saved the license plate as a reminder of that exceptional gift. When Sarayu was frantically searching their home for a lost engagement ring (a whole other story), she stumbled upon this plate. "When I realized they were the plates from his first car, my heart melted,” she said.

"I wanted him to have them safely and beautifully protected forever.”

Sarayu secretly framed the plate, and surprised Jon with it. "Since the plates were hidden away anyway, he had no idea I'd found them,” Sarayu said. "He started crying, and I was crying. We were just piles of mush. He said it's the kindest thing anyone's ever done for him. I think his dad buying him the car was, but I was so happy to help commemorate such a beautiful memory.”

"It's a beautiful reminder of the kind, loving, generous man Jon's father always was."

"His father helped so many, was always protecting and supporting all those around him, and always gave to those in need. Because of that, Jon is inspired to always be generous spirit, to be kind, and to give.”

Baptism dresses for my twin girls
Lemon Pie, Four Generations in the Making