The Gift Collection is back at a new low price! | Note: Order timelines are currently delayed 3 weeks. Learn more

Those bushy eyebrows, the piercing gaze, and that single spindly finger striking duty into the hearts all who see him: it’s Uncle Sam.

The iconic “I want YOU” poster is an American staple that’s over 100 years old, first appearing shortly before the U.S. entered World War I. In the last year of that war, the poster was printed more than 5 million times.

This print in Autumn Rose’s workshop is from the second round of printing during World War II. “This copy was printed between 1939 and 1945,” said Autumn (@motherrose). “It belonged to my sister-in-law's father-in-law. He and his wife were both avid collectors.” 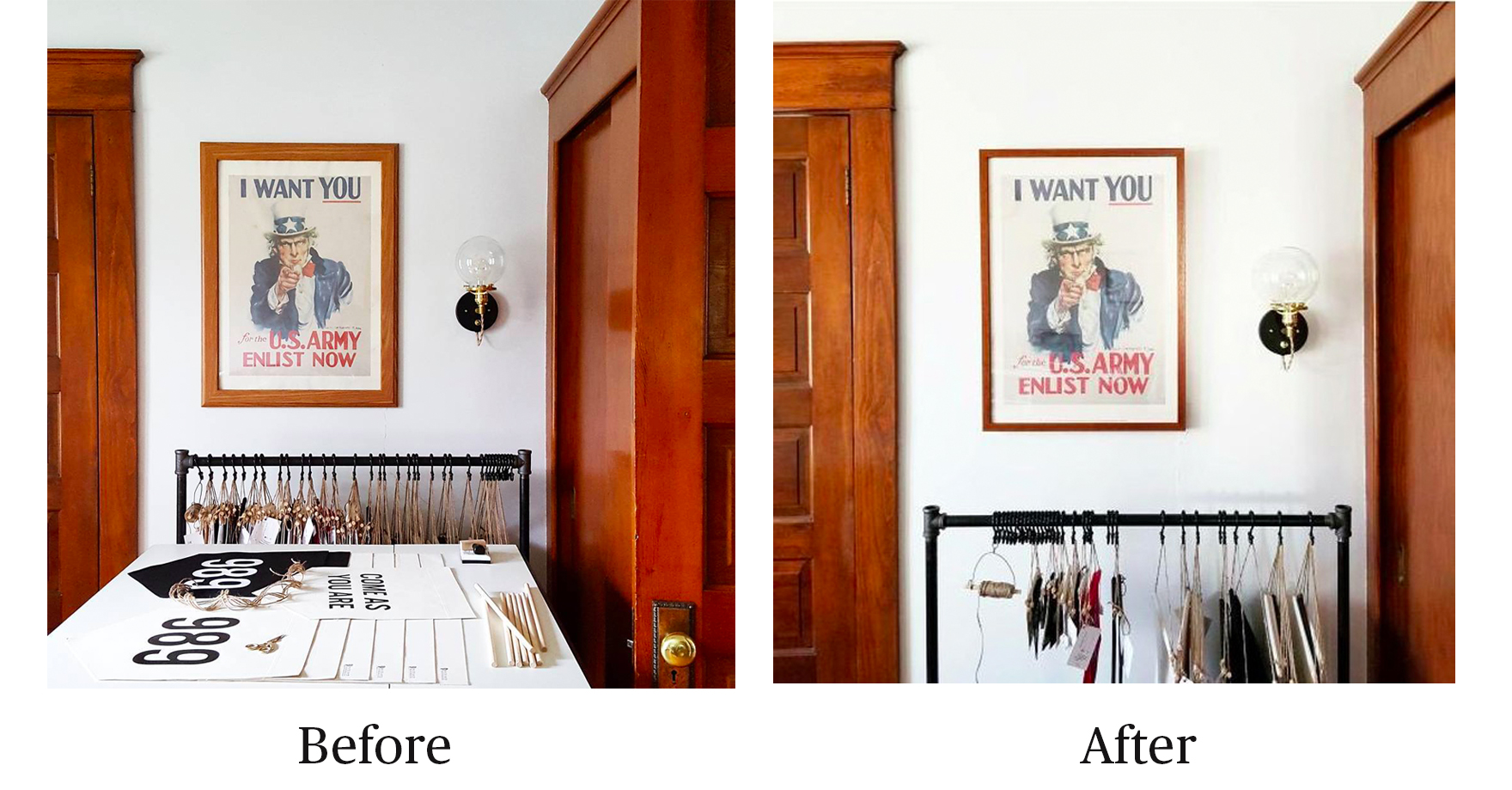 Autumn and her husband were close with their relative.  “He actually married my husband and me in 2013,” she said. “When he passed away a couple years later, we were invited to look through his things before the estate sale. I grabbed that poster."

The vintage colors of the poster work beautifully with Autumn’s rich wood interiors. As the founder of Matriarch Handmade, Autumn is making things that are both beautiful and playful. Updating the frame from a medium stained wood with a thick profile to our thin, sleek Sonoma wood frame puts more the focus on the poster itself and adds a modern touch to contrast and highlight the poster’s age. The overall effect is a clean mid-century modern that pays homage to the cultural milestones of that time.

Green With Envy
Dream Team: How to Style your Bedside Table with Small Framed Photos